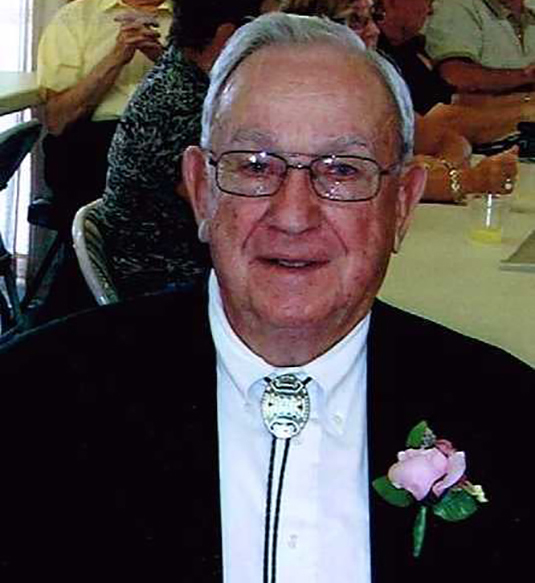 James K. Wilson, 92, of Waynesville, died on Tuesday, February 2, 2021, at The Christian Village in Lincoln.

James Kenneth Wilson was born on May 19, 1928, in Foosland, Ill., the son of Chester and Bernice Lorenzen Wilson. After graduating from University High School, he married Beverly Y. Koch on April 17, 1949. They moved from Bloomington to their farm in Waynesville in 1953. She preceded him in death on February 15, 2018.

James is survived by his daughter, Cheryl Dyan (Gerry) Wilson-Osterland of Ashland, Oregon; his son, Kenneth (Carol) Wilson of Waynesville; 4 granddaughters; and 5 great-grandchildren.

James farmed in the Waynesville area. He also worked at Purina and Standard Oil for many years.

Final arrangements were entrusted with Quiram-Peasley Funeral Home of Atlanta.