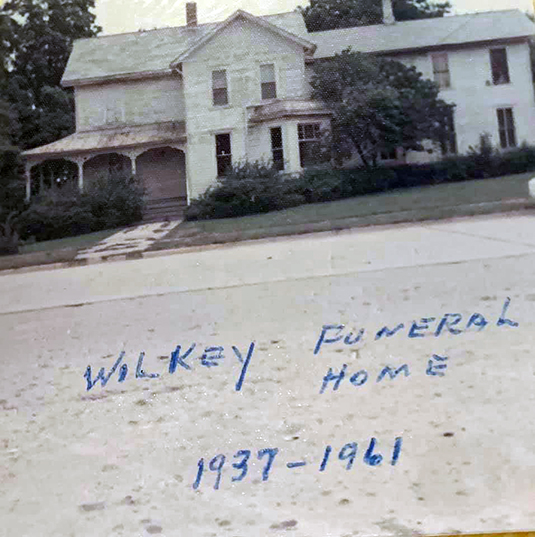 A blast from the past, courtesy of the Tremont Historical Society & Museum.

The Wilkey Funeral Home was located on the corner of Pearl (Rt. 9) and S.Sampson. Built in 1892 by prominent resident, Aquilla J. Davis. Davis started a bank along with L. M. Hobart at the south end of the lot in the early 1900s.

The home was next occupied by Frank Blue, owner of Blue’s Drugs on S.Sampson. From 1937 through 1961, the Wilkeys lived upstairs, and had their funeral home downstairs. Anna Wilkey was a licensed embalmer.

In 1967, the home was razed, and in 1971 The Tremont Savings and Loan built a new building. When they went out of business, Dr. Darren Camden opened his chiropractic business there.