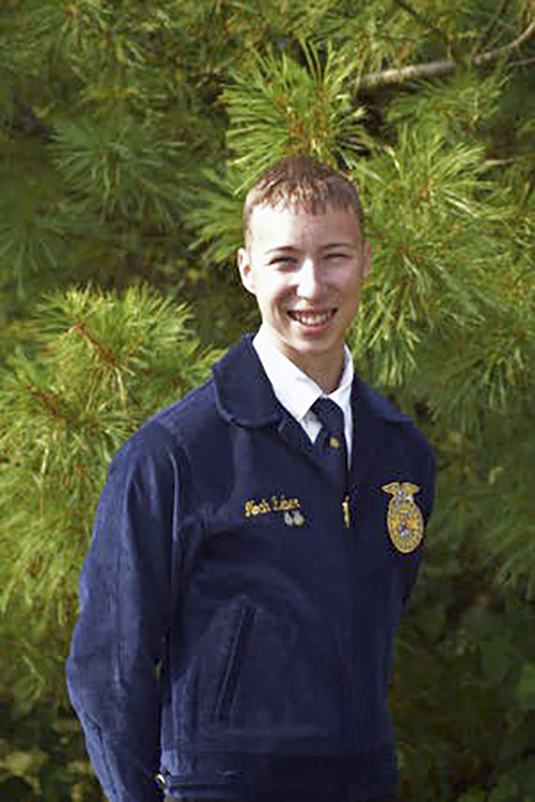 Noah Reber is serving as the treasurer for this year’s Olympia FFA Officer Team. He is a senior from Hopedale, IL and is also involved in football and track for the Spartans.

Noah is the son of Brent and Michelle Reber, and has three brothers who have all attended or are attending Olympia. Noah has two supervised agricultural experiences, which are his Pygmy Goats and being a greenhouse manager at Olympia. He has consistently been very helpful in caring for the plants and organizing the annual plant sale for two years. Noah is also involved in Career Development Events (CDE) for the Olympia Chapter. He is a member of both the livestock judging and horticulture team. However, the livestock judging team is his favorite of the two. Noah’s favorite FFA memory and activity was attending National FFA Convention the fall of his junior year.