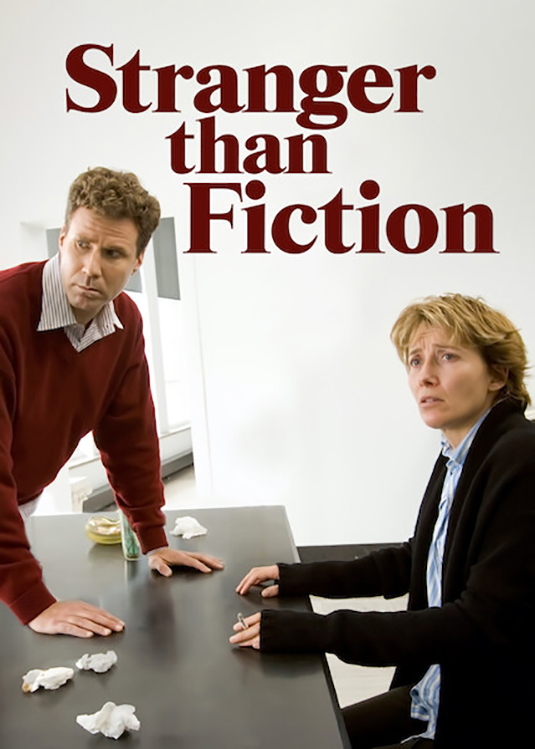 Let me, if you will take you to a time of Mariah Carey’s height of popularity, the year Twitter was launched, and Facebook became open to anyone over 13. The year was 2006 and on November 10th a film came out starring Will Ferrell as an I.R.S. agent. Sounds exciting, doesn’t it?

Normally I will explore new films that are released, but with COVID going around and theaters shut down. I wanted to venture into something from the past. I’ll be back next week with an exciting new release, I have a few in mind already.

So believe it or not, someone can’t see every movie, so even after watching movies at an unhealthy rate for over twenty years, I’m still finding diamonds in the rough. I think it’s fitting that while tax season is upon us that I stumbled upon this brilliant film that I had never seen before.

Will Ferrell (Step Brothers, Talladega Nights: The Ballad of Ricky Bobby) plays Harold Crick, an I.R.S. agent who on the surface is just on assignment to audit Maggie Gyllenhaal (The Dark Knight, Crazy Heart) who plays Ana Pascal, the owner of a small bakery who wasn’t exactly up to date on her taxes.

The brilliance of this film shines with the addition of Emma Thompson (Saving Mr. Banks, Nanny McPhee) who plays Karen Eiffel, a writer who has a profound impact on Harold’s life in more ways than she even knows. I’m intentionally being vague because the twist to this film is so powerful. You quickly realize what is happening while watching the film but that experience is what made it for me. I wouldn’t want to ruin that by giving it away.

I have to give Will Ferrell a lot of credit, while this is a comedy, it’s not his traditional over-the-top comedy though. It’s a very smart and well-acted comedy. He plays off of Gyllenhaal perfectly. While the Romeo and Juliet esque relationship between the two is incredibly predictable, there is something oddly satisfying about the way it develops as well.

Dustin Hoffman and Queen Latifah also have roles in the film, although I find their roles to be generic and they feel as though anyone could have filled those shoes. While they don’t take anything away from the film, I don’t feel that they add much of anything important. I would think that countless others could have easily done their roles, even no-name bit actors would have been just as powerful.

The third act of the film is such an interesting journey, the combination of Ferrell, Thompson, and Gyllenhaal all play off each other to make for such a joyful ride in the end. Unfortunately, the editing gets a little messy towards the end and you start to lose track of the different storylines. That would have to be my biggest issue though, and they do manage to come back from the brink of being a mess to give a very satisfying conclusion to the film. The irony is the range that Marc Forster, the director has, including World War Z, Christopher Robin, and Monster’s Ball.

If you liked Stranger than Fiction, I would highly recommend 500 Days of Summer, Adaptation, The Truman Show, Eternal Sunshine of the Spotless Mind, Lars and the Real Girl, Garden State, or pretty much any film by Wes Anderson.