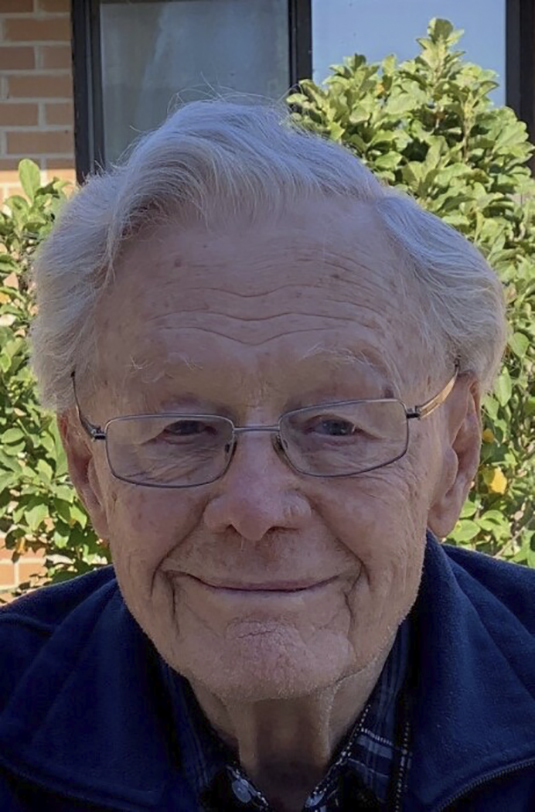 He was preceded in death by his parents and one sister, Joy Meyer.

Bill graduated from Tremont High School in 1942. He then served in the United States Army, Asian Theater, during World War II. After the war ended, he farmed for 15 years with his father. He worked at Tazewell Publishing in Morton for 30 years and began Pflederer’s Printing with his son Mark in 1970, where they printed the Turkey Festival books for many years.

Bill was an active member of the Tremont Baptist Church, served as secretary on the Tremont Fire Department board and served as Tremont Township Supervisor for several years where he helped create the food pantry.

After retirement Bill and Francie enjoyed traveling across the United States in their motor home pulling a station wagon behind. But their favorite times were camping and family events at Pflederer Lake in Tremont.

He always had extra time for grandchildren and great grandchildren and enjoyed making up stories and sharing his history. Bill moved to Hopedale Nursing home in March of 2018 and found great joy in visiting other residents and staff alike. Bill never seemed to have a bad day. He seldom complained and was always quick to help others. Bill was known for always having a smile on his face and his jovial personality will be sorely missed.

His funeral was held at 11:00 am Friday, February 26, 2021 at Davis-Oswald Funeral Home in Tremont. Pastor Noah Lee officiated. Burial was at Mount Hope Cemetery in Tremont with military honors provided by Tazewell Military Rites Team and U.S. Army.

Memorials may be made to Tremont Baptist Church or Tremont Veterans Memorial.