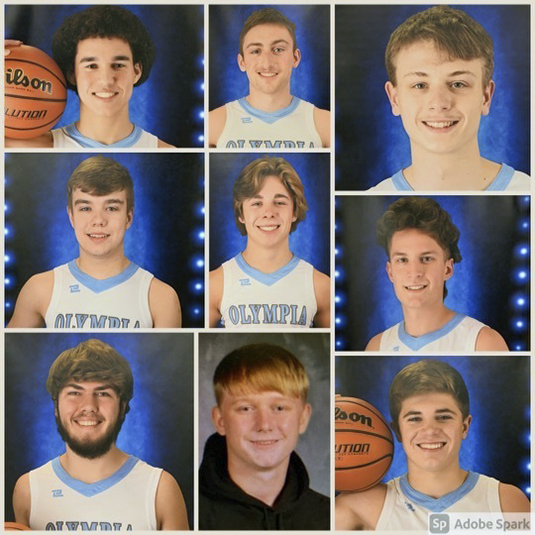 Our OHS Sports Recap begins with the Monday night girls basketball game at Prairie Central. The Spartans came away with a win over The Hawks 61-56, moving their record to 6-3. Olympia junior Taylor Nowaskie led the way in scoring for the Spartans with 18 points.

Tuesday afternoon kicked off Olympia’s competitions for the day with the Spartans boys swimming and diving at LaSalle Peru. This was the last meet for the OHS swim and dive team and junior Neil Alford said, “It was a good way to end the season considering we only had two swimmers most of it due to quarantine.” All of the members of the team got PRs in all of their events. Neil also placed 3rd in the 200 Free.  The swimming Spartans had a great year.

Wednesday resulted in another tough loss for the Olympia boys basketball team.  The St Thomas More Sabers got the best of the Spartans, with a final score of 60-38.

The girls basketball team traveled to St Joseph Ogden on Thursday night, where they lost a close game in the battle of the Spartans. The game was back and forth with many lead changes, but Olympia fell short in the end with a final score of 50-47.

Olympia’s week of sports comes to a close Friday evening with the boys basketball losing a tough battle against St Joseph Ogden, 81-58. The Spartans of St Joseph Ogden have had a great season so far, making for a tall task for the Olympia Spartans. OHS does continue to improve every game and are continuing to learn under new head coach Tom Garriott.