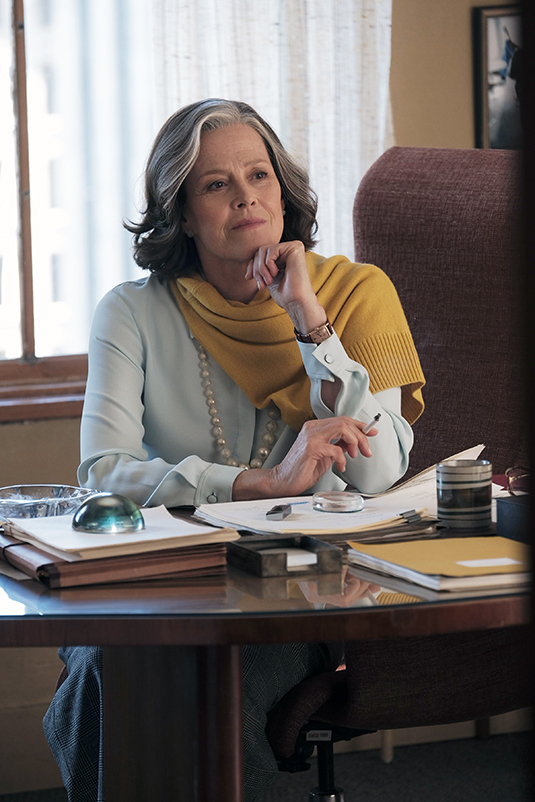 Last year, in my opinion, was arguably one of the worst in recent history when it came to incredible films. This can easily be blamed on a global pandemic and a lot of films being postponed until this year or later. Usually, I have one film that stands out above the rest. The list doesn’t contain the most critically acclaimed films but films that I love. Steve Jobs, The Walk, Bad Times at the El Royale, Knives Out, etc. Although I have to admit I didn’t have one that screamed out to me last year. Thankfully 2021 won’t have that issue, everything about this film made me love it.

The story is very focused; it covers J.D. Salinger’s publisher and how they reacted to the author’s self-imposed reclusive life. So much so that they employed staff that would respond to his fan mail, although unfortunately they were meant to be generic.

I want to first focus on Margaret Qualley (Once Upon a Time… In Hollywood, The Nice Guys). Although Sigourney Weaver takes top billing and the top of the movie poster as well, this film is all about Qualley and her character she brings to life, Joanna. The irony is that this film is based on Joanna Rakoff’s real-life memoir. I love that Phillippe Falardeau kept Joanna’s name in the film, and while I’m not familiar with any of Falardeau’s work, I do know that he worked magic with this film.

I would never try to tell someone what they should or shouldn’t like but I most definitely feel people should give this a chance. If you have any appreciation for a well-paced drama or the history of J.D. Sallinger, I can’t recommend this enough.

While the film itself doesn’t cover a lot of ground, the pacing makes it work beautifully. I appreciate the fact that never once did I feel like I wanted to look at my phone as even the best of movies can have an occasional lull during them. A lot of it had to do with Qualley’s outstanding portrayal of Rakoff in the film; she had a wonderfully whimsical but stern demeanor. Seeing her progression throughout the film makes you appreciate her arc so much. You can truly see her path while she is experiencing these moments.

Another unique part is the fact that while it takes place in 1995, it doesn’t feel like it. Obviously, with the focus on Salinger, the period was important. The story itself feels universal, while not focusing on Salinger himself.

I’m not sure what to compare this to and I don’t know that anyone else does either. Most of the suggestions I found are generalized and just suggest other dramas. I won’t do the same, as I think this has a unique experience. It is somewhat of a biography piece, but at the same time it doesn’t compare to others. In closing, if you want to experience a story that will move you but not overwhelm you, this is the film for you. Coming in at just an hour and forty-one minutes, it’s an easy watch and enjoyable throughout.