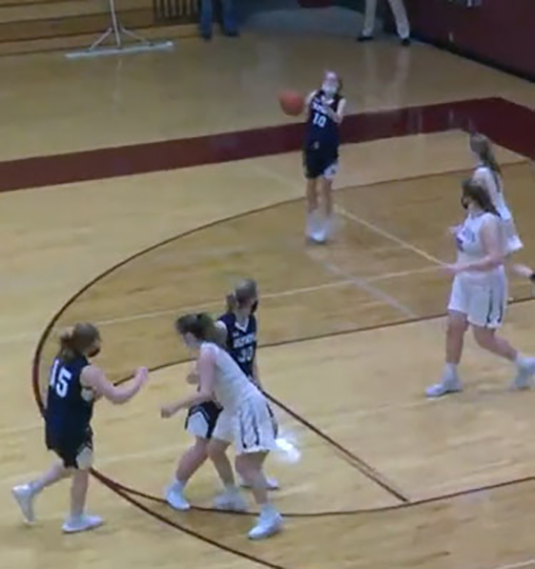 This week at Olympia High School the Spartans officially wrapped up winter sports and began the sports that are typically played during the fall season. Boys and girls basketball concluded, while football, volleyball, and boys soccer began their seasons.

On Monday the girls basketball team was away at IVC, beating the Grey Ghosts 55-28. The game was a team effort where everybody played well together. Also on Monday night, the Scholastic Bowl Team competed at Regionals. They faced Unity the first match and won by a large margin, junior Abraham Bishop was the top scorer. In the second match they faced a strong Monticello team and lost. The Olympia Scholastic Bowl Team ended their season with a pretty even record.

On Wednesday the boys soccer team opened their season at St. Joseph Ogden, picking up a win 3-1. The team was led by new coach Khrystyne Johnson. The three goals were scored by Justin Siebert, Jake Mitchell, and Gannon Wille.

Thursday night Taylor Nowasie led the charge for the Lady Spartans with 33 points in their win over Rantoul 69-33. Olympia had a rough first half, but came out strong in the second half with 25 points in the 3rd quarter alone.

Friday night was full of basketball, with both the boys and girls teams playing their final games of the season. Girls basketball had a strong finish to a successful season, winning their home contest versus Midwest Central 69-26. Head Coach Courtney Hoffman discussed the season, stating “I think the season has been really good. It taught us a lot and we were thankful to get to play.” Boys basketball concluded their season picking up a hard fought win on the road, beating Mt. Pulaski 68-67 in overtime. When asked about the season as a whole, Head Coach Tom Garriott stated, “I measure success from the little things daily. New systems and new philosophies are challenging for players, and the guys bought in, practiced hard, had great attitudes, and played for each other.”

It was a successful week for the Spartans, and it is looking promising for the next season of sports ahead.