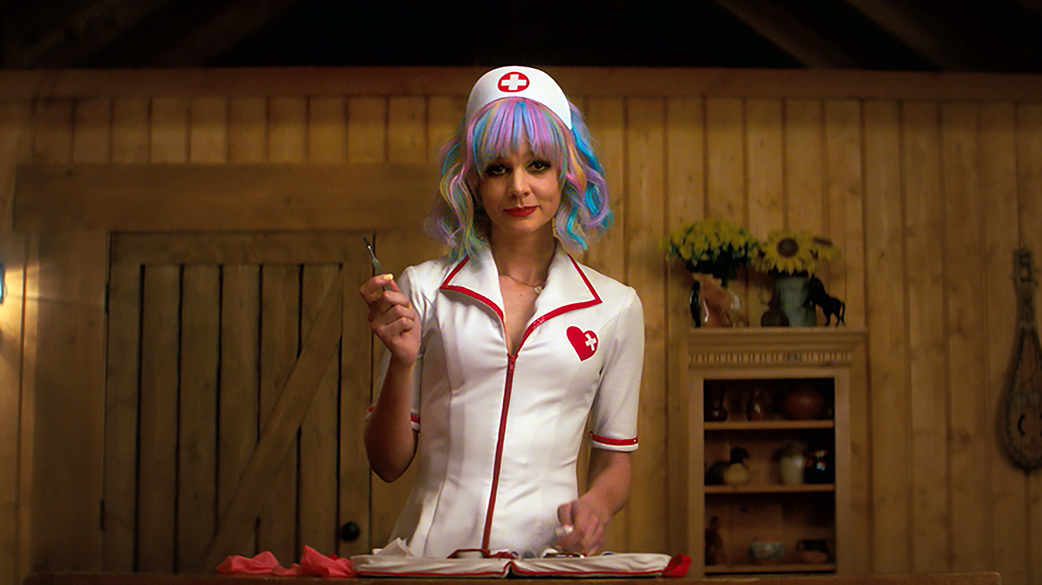 I do something a little odd; I attempt to avoid trailers to movies at all costs. I go into the lobby or listen to music (with earbuds) to block them out at the theater. I feel they are hit or miss when it comes to giving away too much about the film. I take you back to December of 2019, what feels like a lifetime ago now. A friend suggested I watch this trailer for a film coming up, so I made an exception and little did I know it would be well over a year before I ended up getting to watch that specific film, that film ended up being this masterpiece.

I want to start by saying that this film covers some sensitive topics, so if you are easily upset please read a synopsis. While there is nothing graphic, it does imply a lot, personally, I can usually separate the “art” from real life but I know that’s not easy for those that have suffered traumatic experiences.

Onto the film itself, starring Carey Mulligan (An Education, The Great Gatsby) as Cassandra, this film allows her to shine. She makes this character her own in every way and you can’t help but buy into the character 100%. While there are many other actors in the film, this is Mulligan’s vehicle and there is no doubt why. She steals the screen in every scene and while the supporting cast does a great job, the film wouldn’t work without her.

I would say on average I might give one or two films a five-star rating each year. As I said in my last review, they normally aren’t the “Oscar darlings” usually they’re a film that I liked that the Academy may not have the same appreciation for. With five nominations (Best Picture, Best Actress - Mulligan, Directing, Screenplay, and Editing) I feel that the film should walk away with at least one; unfortunately, it will more likely be a screenplay or editing award. This year Nomadland (another great film) is almost a lock for Best Picture (and Chloé Zhao for directing), in my opinion, Andra Day should win best actress for The United States vs. Billie Holiday. I feel like I’m contradicting myself but all of these films are so deserving for their reasons.

I think the theme of this film was probably one of the most intriguing aspects. While I won’t ruin it (I always strive to talk about films but not ruin the experience. If you want to know what the film is about, there are countless reviewers that give full synopsis’) I will say that the idea of righting a wrong/revenge play heavily into the film. However, don’t let that fool you, as almost every scene offers a new twist or turn that you don’t see coming.

Although a lot of my reviews have been R-rated, dramas, etc. I will also be reviewing more family-friendly films, comedies, etc. This is just due to a combination of the time of the year and awards season.

If you enjoy Promising Young Woman, I would highly suggest I Care a Lot, The Crow, Oldboy (the original South Korean version!), and if you have a strong stomach I would also suggest the 2010 remake of I Spit on Your Grave (that film is far more graphic than this one but deals with a similar theme.)