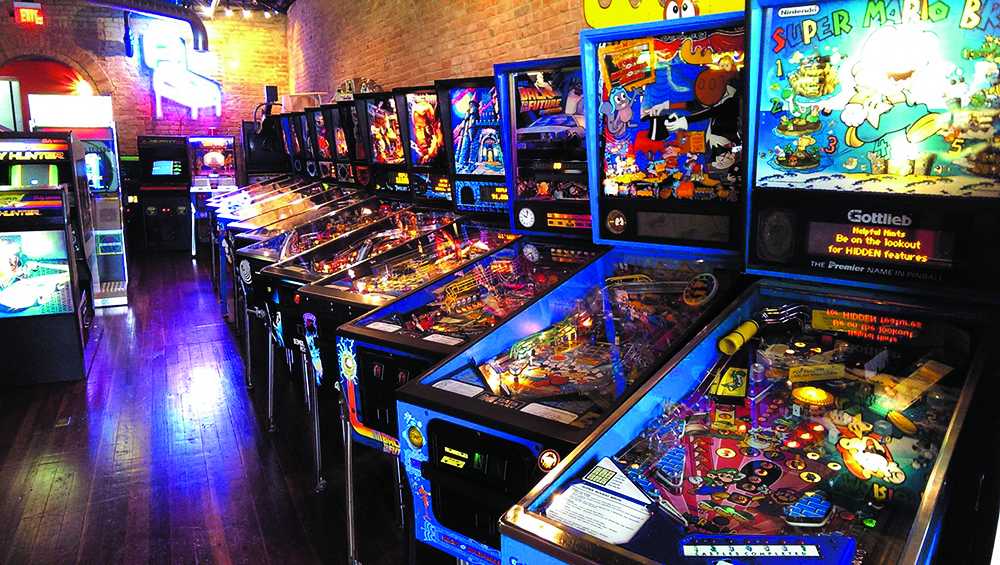 Arcadia is a playable arcade museum packed with vintage arcade games. Arcadia is located in downtown McLean, IL about 12 miles south of Bloomington-Normal on Interstate 55. John Yates opened the family friendly business in 2009 with the purpose of recreating an arcade from the 80s/90s. He wants it to be a place where families can go and enjoy what it would be like to go to an arcade from that era. Yates stated that he opened the arcade as a way to take his mind off of a recent failed internet startup. He had been collecting arcade games since he was in high school and he already owned the building, so he decided to go for it. He had tried to open an arcade in the McLean location about five years prior to the opening of Arcadia, but unfortunately it didn't work out. He debated remodeling the building into a coffee shop, but decided to try again. Perseverance paid off for Yates, with Arcadia being a unique arcade business that has been running for twelve years now.

Since his high school days, Yates' collection of arcade games has grown to about 1,500 games. He originally opened the arcade with games that were his favorites, but then transitioned to what is more popular. When asked about what the popular games are, he stated, “The favorite games are different for different people. Kids seem to like driving, racing, or target shooting games, while adults like to play the old school, classic games. There is also another group of people that only come to play pinball.” A few of the many games at Arcadia are Space Invaders, Major Havoc, and JOUST pinball. About half of the visitors of the playable arcade museum come from places outside of the Bloomington-Normal area, including neighboring states.

You do not need a reservation for Arcadia. Their hours are Friday and Saturday 10am to 9 pm and Sunday from 1 to 8pm. They will also be open for certain holidays or when school is out. You can check their Facebook page, “Arcadia: America’s Playable Arcade Museum”, for updates about special hours. You can contact John Yates for Arcadia information through email at vintagevideogames.com@gmail.com or by phone at (309) 287-1725.