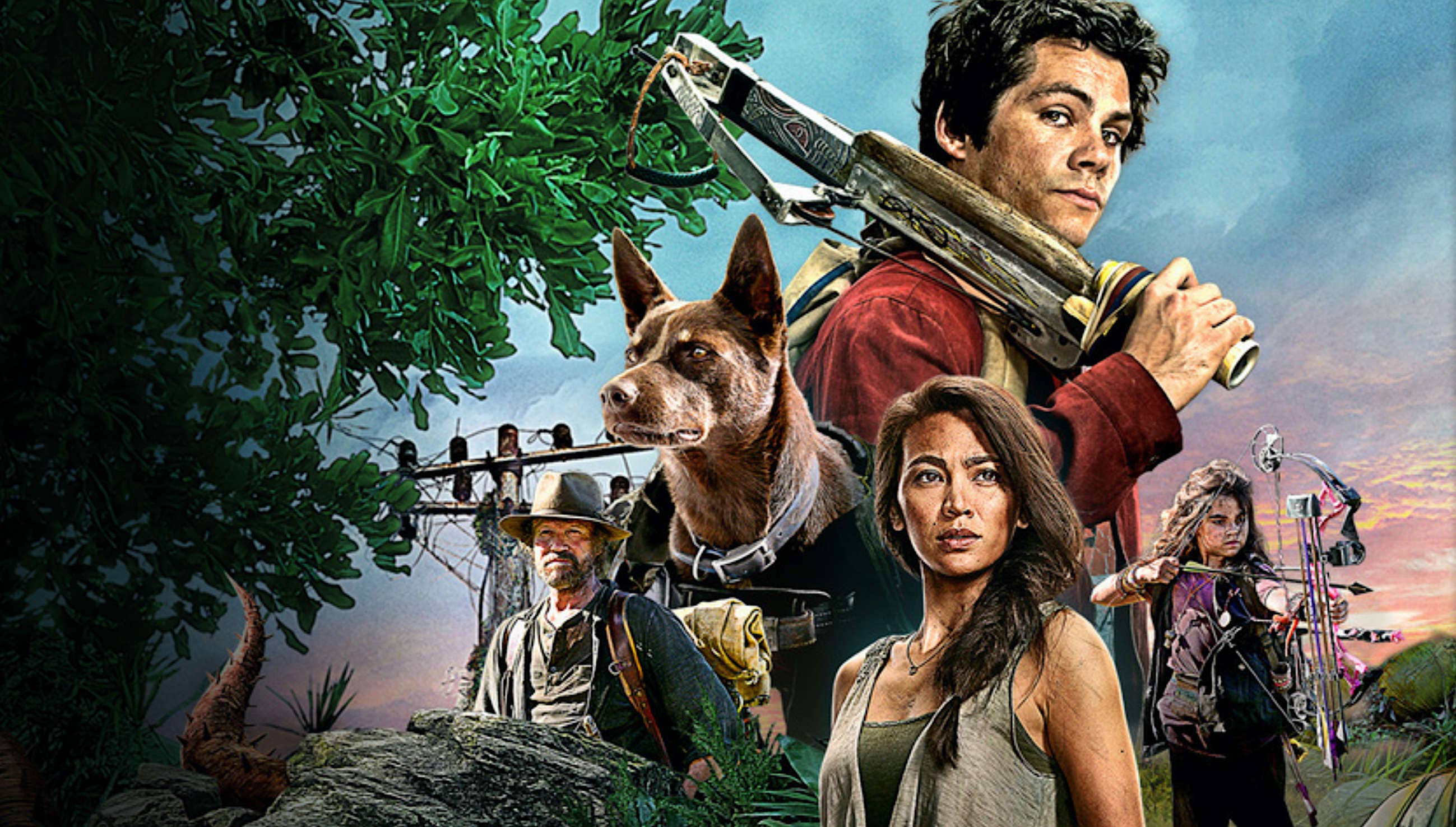 It seems like every year a film gets an Oscar nomination that just doesn't seem to fit the pack ('8 Mile', 'Ted', 'Click', 'Norbit', '50 Shades of Grey', 'Suicide Squad', and 'Tropic Thunder'.) Usually, it's a film in the visual effects category, song, or sound categories. Technical achievements tend to be less traditional Oscar fare. It's one of the more entertaining aspects of the push to see all of the Oscar-nominated films each year, you never know exactly what you're going to get. You can put an amazing drama such as 'The Father" right next to this and they both shine for their own reasons.

A relatively unknown cast, except Michael Rooker ('Guardians of the Galaxy', 'The Walking Dead') is allowed to shine among a beautiful "set design." This film was nominated for visual effects, part of which is thanks to the "monsters" that are present throughout the film. However, in my opinion, the real standout is the scenery. The outside wide shots of the landscape are stunning. I watched this on a regular HD TV and I regret not having watched it on my 4k TV. I cannot imagine how beautiful it would be.

While the story itself is rather predictable, it's Dylan O'Brien ('Teen Wolf'(TV), 'Maze Runner') as Joel that makes the film as enjoyable as it is. This is by no stretch a cinematic masterpiece, however, it is an enjoyable experience and sometimes that's all that matters. Sometimes we take film too seriously and lose track of the fact that it's supposed to be something that is enjoyed more than anything.

I did find it odd that for a film that was nominated for visual effects, the stars of the show, the "monsters" don't shine. They're rather generic (outside of the final one to make an appearance in the film.) I guess that this was only nominated because most of the major contenders in the category were postponed until later this year or even further. That doesn't necessarily make this a bad choice but I wouldn't suggest running to this because you're wanting to watch the most realistic "creature feature."

A lot of the films that I usually suggest are because of a similar look, feel, the atmosphere, etc. However, if you want to see this film but better, I would suggest 'Monster' (2010) it was a more independent film but managed the mystery of the monsters far better. I hadn't heard much about this film until it got nominated, I wasn't sure what to think about it based on the cover. I'm glad I still got to enjoy it though. If you're looking for a fun and entertaining film for the preteen and older crowd, this is a great choice. I would take the PG-13 rating pretty seriously, while not terrifying, there could be some scenes that startle or scare some younger children.

If you enjoy Love and Monsters, I would suggest 'Warm Bodies', 'Seeking a Friend for the End of the World', 'Zombieland', 'The Quiet Place', and 'I Am Legend'.