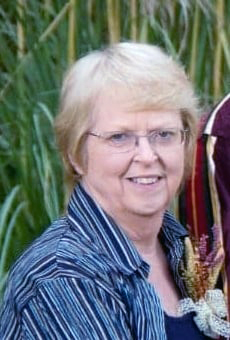 Pamela S. Fuller, 70, of Atlanta, passed away at her daughter's home on Friday, March 19, 2021, after a hard-fought battle with lung cancer.

Visitation was held at Eminence Christian Church in rural Atlanta from 12:00 p.m. until 1:00 p.m. on Saturday, March 27, 2021. Funeral services for Pam were at 1:00 p.m. with Pastor Henry Johnson officiating, followed by a time of fellowship at the church. Cremation Rites will be accorded.

Pamela Sue Billington was born in Lincoln, the daughter of Howard and Illeen M. Girdler Billington. She was united in marriage to Mike Fuller on July 6, 1990. He survives.

She was preceded in death by her parents; two brothers, Gene Billington and twin "wombmate" Gordon Billington; and one sister, Clara Tabor.

Pam graduated from McLean-Waynesville High School in 1969 and was a member of Eminence Christian Church. She was an EMT-I for Clinton Ambulance Service for many years. She was the first female firefighter/EMT in DeWitt County. Pam also served as a volunteer EMT for Atlanta Rescue Squad for many years. Pam was most proud of her work as a registered nurse in substance abuse care with Chestnut Health Systems and Gateway Health Systems.

Pam had a passion for cooking and grew her own herbs. She loved taking care of her grandkids and making them chocolate chip pancakes and homemade pizzas. She also loved her animals and shoe shopping.

Memorials may be made to Chestnut Health Systems in Bloomington or to Shriners Hospitals for Children. Final arrangements are entrusted with Quiram-Peasley Funeral Home of Atlanta.