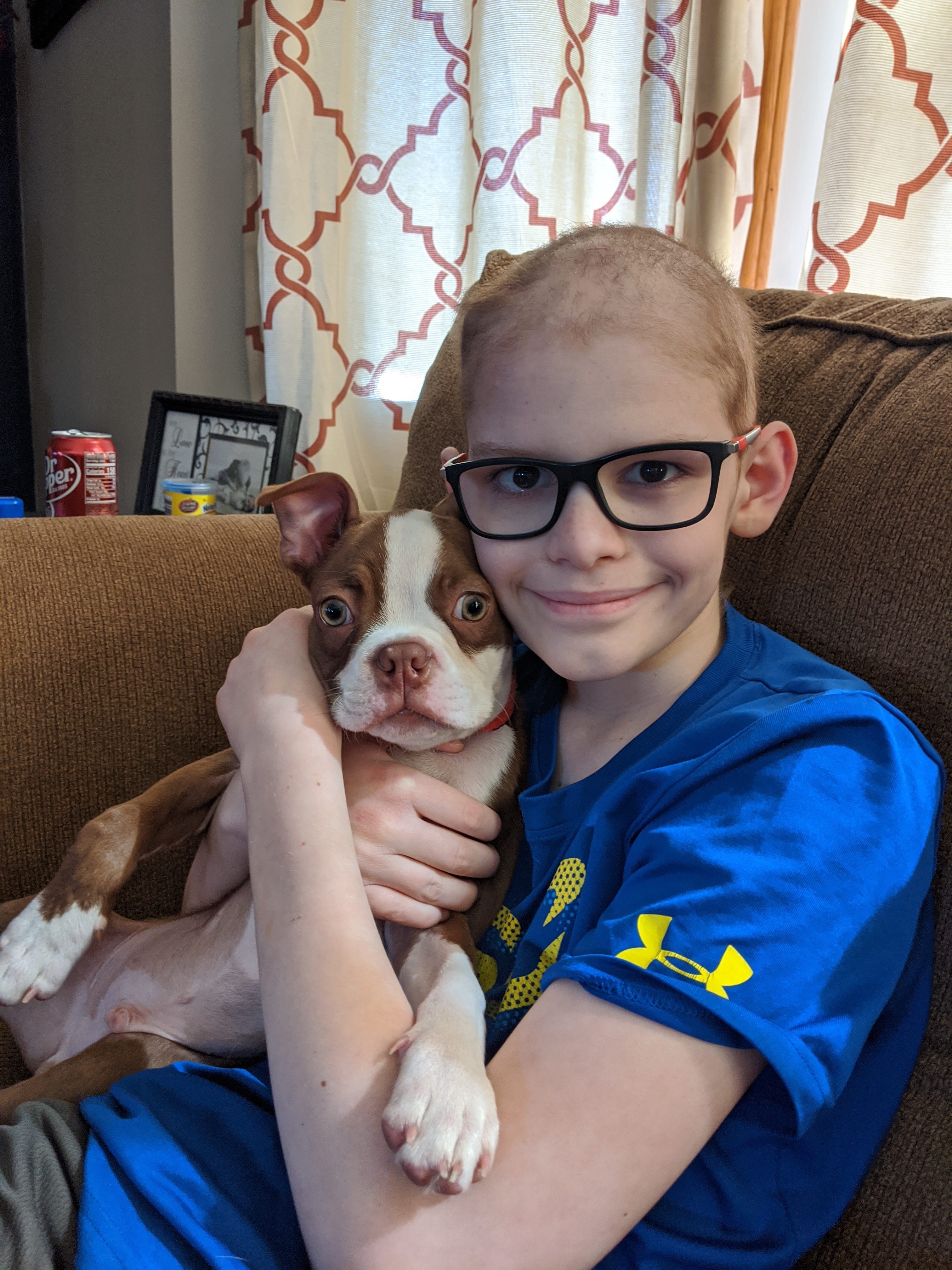 Cancer has impacted everyone in life in one way or another. On April 13, 2019, the Fry family from Mackinaw headed to the emergency room for their son, Reed’s, headache. They thought it might just be a concussion or a migraine. That’s when they had heard news that no family ever wants to hear, a CT scan showed that Reed had a large tumor on the back of his brain.

After the discovery of this tumor, Reed was admitted into the Pediatric Intensive Care Unit at OSF in Peoria. Within a few days, Reed had his first brain surgery. When he woke up from this surgery, he was unable to walk, talk, use his right side, and was unable to see for a few weeks. The family found out that the tumor was a type of brain cancer called Medulloblastoma. They had also found out that the cancer had spread into another spot on his brain and that the surgeons were unable to remove this spot because of where it was located.

Over the next couple of weeks after this surgery, Reed remained in the Pediatric Intensive Care Unit where he had three more brain surgeries. On May 7, 2019, he had to be transported by ambulance to St. Jude in Memphis, where he began treatment. His treatment consisted of 30 rounds of proton radiation and seven cycles of chemotherapy. His mother, Courtney Fry, told me “He did all of this with a positive attitude while being separated from his family. He and I lived in Memphis while my husband stayed in Mackinaw with our other children.”

While in treatment, Reed spent a lot of time in a wheelchair, walker, and arm crutches until he was strong enough to walk again on his own. He also received physical therapy, occupational therapy, and speech therapy. He did each of these therapies three times a week, all while still keeping his positive attitude. His treatment would continue until March 20, 2020, when he was able to return home to Mackinaw.

Reed still goes for weekly therapy to continue to improve his balance while walking, but his one year scans came back clear. Reed returns to Memphis every three months for scans as well. But thankfully, after almost two full years, Reed’s doctor at St. Jude gave him the thumbs up to return to school, at Dee Mack Intermediate School. Reed’s mother wanted to do something special for his return to school.

When Courtney found out that Reed would be able to return to school, she asked Brandy if she and her husband could take Reed to school in their fire truck that they had purchased from San Jose. They bought this fire truck to be used for different events and parades to raise awareness for childhood cancer, so it was a perfect opportunity to put it to good use. When they were asked to take him to school, they decided to turn it into a parade. Brandy knew Reed's story, and “..wanted to let Reed know that he was our hero of the day.”

On Monday, March 22, 2021, Reed Fry was able to return to school where he was welcomed back by the Rally for Reed. There was a line of fire trucks, motorcycles, police vehicles, and several cars escorting Reed to his first day back at school. Courtney Fry told me, “It is hard to put into words what that meant for us. This community has shown our family incredible support since day one of Reed being hospitalized. Seeing everyone show up to escort Reed back to school was very emotional. I was in tears the entire ride to the school. Hearing the sirens, seeing the parade and knowing all these people all took time out of their lives to come show Reed they are cheering for him was touching. It truly meant the world to our family! We will never be able to thank everyone enough for being with us during Reed’s entire battle.”

“Reed is our hero and our proof to the miracles that St. Jude Children’s Research Hospital performs everyday,” Brandy told me. She also described to me how it was “..truly an honor for us to be able to be a part of such a momentous occasion for Reed.” The Rally for Reed was not just Reed’s ride to school, but it meant so much to so many people. It symbolized Reed’s strength, overcoming adversity, and his character, all in one parade. Reed’s mother, Courtney, said that their family was “..so happy that we were able to share Reed’s victory with everyone and they were able to make this a day Reed will never forget.”