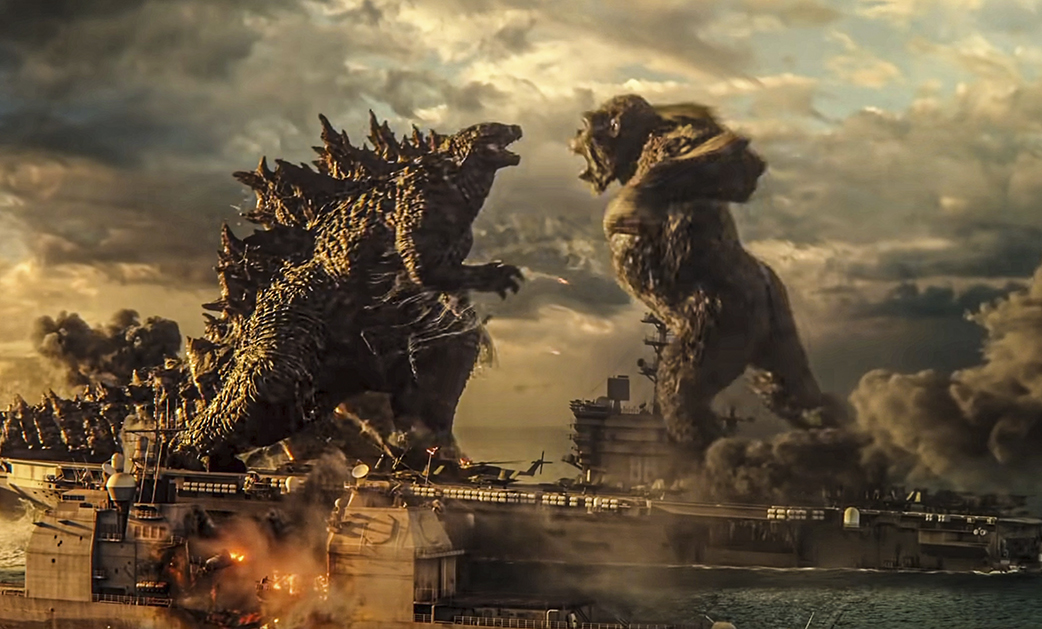 Let me start by saying this, I’ve never been a huge fan of “kaiju” (giant monsters) films. With that being said, I did enjoy Peter Jackson's 2005 ‘King Kong.’ I also appreciated a lot of the classics for what they were.

To preface this comment I think I should say that I feel this film may have represented itself better on the big screen. I have an HBO Max subscription and I’m still not going to theaters (in my opinion when unnecessary, if I can see something at home, I will for now.) That being said, I love the theater experience and once I’m fully vaccinated I will be returning regularly. I think this film was made for the big screen, I would arguably say that of the 1 hour and 53-minute runtime, we probably have half an hour of non CGI (computer-generated imagery) scenes.

Keep in mind, when I was younger, I wanted to work for Industrial Light and Magic (ILM) the company responsible for countless CGI effects in films from the original ‘Star Wars’ to the upcoming ‘Black Widow’ and they’re arguably the industry standard when it comes to effects. I love CGI and when done well and not overused, I think it’s fantastic. I think that the best use of CGI is when you can’t even tell that it’s there. This was not the case in this film.

If you’re going to watch this, please set your expectations where they belong. This film is a fun and action-packed joy ride of giant monsters, explosions, and more computer-generated fur and scales than I ever knew possible to exist on one screen. This will not hook you into an emotional story arc that lets you experience the fullest range of emotions.

While it may sound like I’m being hard on the film, it’s not because I’m a “film snob” but because I truly wasn’t entertained to the level that I’ve come to expect from these films. With that being said, I do think that fans of this genre will enjoy the film. It also has gotten spectacular reviews, as well as helping prop the theater industry back up already to its best box office numbers since the pandemic began.

The stars of the film are Godzilla and King Kong (as well as a few surprise guests.) However, the human cast feels nearly wasted as they are stiff and almost lifeless in scenes. With talent like Alexander Skarsgård (‘True Blood’), Millie Bobby Brown (‘Stranger Things’), and Eiza González (‘Alita: Battle Angel’) I was hoping for more depth to play along with these titans of the screen. I would have to say that the stand out in the film was Kaylee Hottle who plays Jia in the film (even more impressive is that she comes from an all-Deaf family, her fluency in American Sign Language proved to be a perfect connection to let her communicate with Kong in the film.)

If you enjoy Godzilla vs. Kong, I would suggest as mentioned above 'King Kong’ (2005), ‘Cloverfield’, a personal underrated favorite of mine ‘Godzilla’ (1998) You can also watch the other films in the “MonsterVerse” before, which include ‘Godzilla’ (2014), ‘Kong: Skull Island’, and ‘Godzilla: King of Monsters’