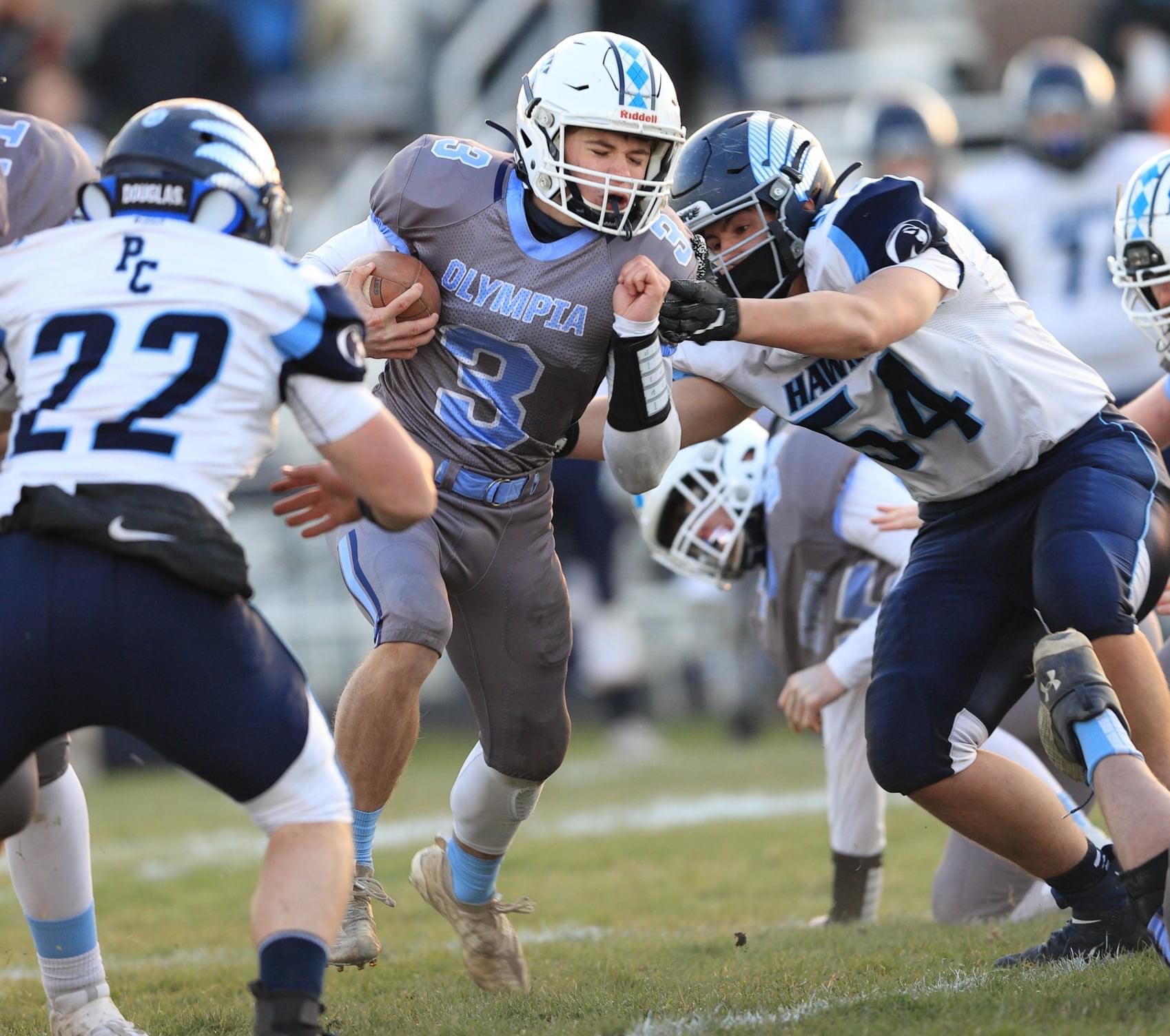 Olympia High School sporting events got started this week on Tuesday when the volleyball team took on the Sages from St. Thomas More. The Spartans put up a good fight against the Sages, but ended up losing in two closely decided sets. Some highlights from the game include ten kills from senior Bella Dickhut, eight kills from senior Katlin Dean, and seven digs from senior Abbi Bode. The girls gave a great effort and continue to improve every game.

On Wednesday, the Spartans boys soccer team kicked off their week traveling to St. Thomas More, in Champaign. The Sabers of St. Thomas More and Spartans of Olympia both bring strong senior classes to the field, making this a really great matchup. STM got the best of the Spartans this time though, beating them only 1-0. Olympia senior, Noah While told me, “We changed a few things up from last time we played them and we made it a closer game. Everyone is giving great effort and we are continuing to get better and better.”

Thursday night, the Spartans volleyball team got back out on the court after a “great day of practice” according to senior Abby Stine. The Spartans hosted the Eagles of Rantoul, for their second home game in three days. The Spartans came out strong and on top in two sets against Rantoul to improve their record to 3-5 on the season. Spartan senior Kaitlin Dean had nine kills and three aces for a very impressive performance on the night.

The Spartan football team matched up against the Prairie Central Hawks on Friday night. Olympia had a rough night against a very solid Prairie Central team that went to the quarterfinals of the playoffs last season and returned fourteen seniors this season. After a tough fight, 49-8 was the final, moving the Spartans record to 2-1. Olympia’s touchdown came on a great catch from senior Hunter Berges. The Spartans will be back in action next Friday at Rantoul.