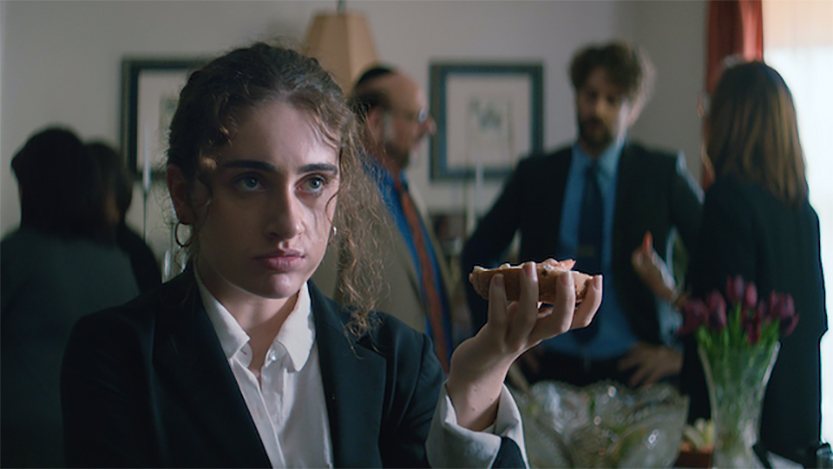 This film will keep you on the edge of your seat from start to finish and that's in the best way possible. It's not often that a film comes out that catches me off guard like this. I love that 2021 has started as such a fantastic year for me. Even though this was released originally last year, COVID delayed the wider release of it.

The tone is such an underrated and underappreciated aspect of film, a lot of movies can keep you entertained, and then 20 minutes later you often move onto something else. A truly great film will move you; it will take you into the world of the film and let you experience the characters' emotions.

Anxiety reigns Supreme in this film, the lead actress Rachel Sennott plays Danielle and as a college student, she truly makes the role her own. Molly Gordon, Danny Deferrai, and Fred Melamed all turn in fantastic performances as the supporting cast as well. The way the characters play off each other is so important in the film.

I need to point out that this is not a film for children, it covers sensitive topics about sexuality, as well as adult relationships. While the topics are very adult-themed, the story itself is very in line with the dilemmas that high school and college students go through, especially in the modern world. The director pointed out that women begin to "decode sexual messaging at a young age" I feel that she truly brought this to the screen in a way that lets you have a small glimpse into a young woman's life. A lot of films get the title "coming of age film" I would say that this is the epitome of that definition!

I can't focus enough on the brilliant job that Sennott does throughout this film. Coming in at only 77 minutes, she sells every level of pain, fear, anxiety, and stress that you could imagine. There wasn't a single scene throughout the film that I wasn't locked into every emotion she was struggling with. There is one scene specifically that stood out to me that I won't ruin, but it was captured perfectly on screen. The moment of pure and utter anxiety is such a hard emotion to show on the screen, but this simple effect accomplished it perfectly! Powerful is an absolute understatement!

One of the most intriguing parts of this year has been some of the incredible first-time directors creating amazing and memorable films. This film added to that list, with first-time director Emma Seligman bringing beauty to the screen that let you see this story unfold in real-time. The film itself is based on a short that Seligman wrote and directed as well. I hope that this film gets the love that it deserves. I would love to see what else she's able to bring to the screen!

If you enjoy 'Shiva Baby,' I would suggest 'Thoroughbreds,' 'Promising Young Woman,' 'Ladybird,' 'My Salinger Year,' and 'Booksmart' (While these films may differ, the story of struggle, and watching these characters journeys make me feel instantly connected by each in a similar way.)

Or anywhere you can rent videos online.

I’m always happy to hear from my readers, please say hi, or feel free to send me any questions.