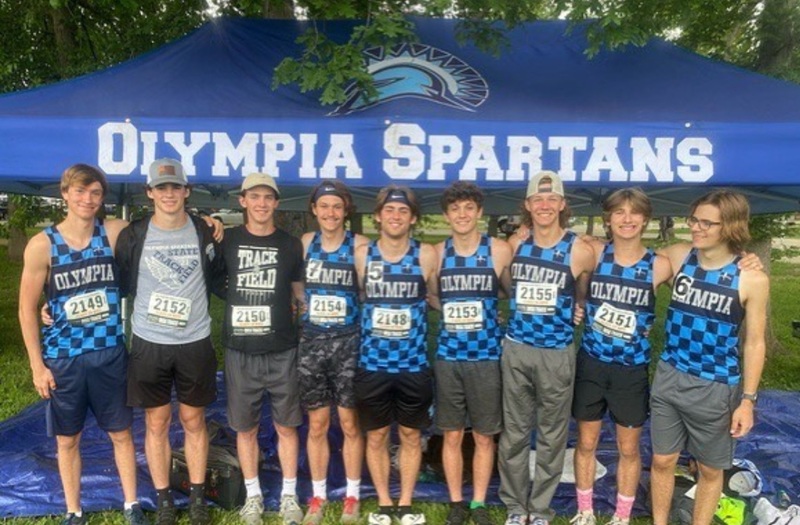 The sports season for OHS in the 2021-2022 school year concluded on Friday. Friday was the state track & field meet for our boys' team. The boys competed in the prelims on Friday but did not end up making it to the finals on Saturday. The qualifying 3200-meter team consisted of Anthony Ragland, Cooper Phillips, Owen Dare, and Brad Schardan. Owen and Brad wanted to save their energy for the 800 so the alternates, Logan Demling and Caden Clark ran instead. The team ran an 8:42.37 relay. Then, Brad Schardan ran the 800-meters at a personal best time of 2:00.20. Owen Dare was right behind him with a time of 2:00.26. Then, Keagan Uphoff did the 300-meter hurdles and had a time of 44.40. With Keagan being just a sophomore, he has a lot more potential to advance further in the coming years. He is off to a great start and ready for more!

Last weekend was the bass fishing State Championship. Josh Boots, Brantson Komnick, Aiden Fosdick, and Blaine Halley competed for Olympia but could not get a final placing. Joliet Catholic Academy earned the State Champion for the bass fishing team. The Olympia Spartans are ready to compete again next year, with this being the first year of the team existing at Olympia.

Keep an eye on the Olympia website and Facebook page for upcoming information about summer sports camps and open gyms. For the next school year, sports will begin in August for high school and the end of July for middle school students.