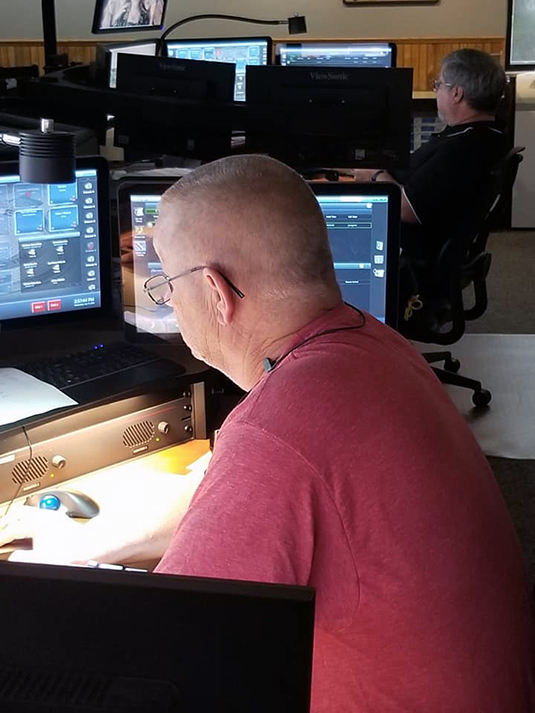 April 11th through the 17th was National Public Safety Telecommunications Week. What better way to celebrate than to learn more about our very own Tazewell and McLean County dispatch teams! This week of celebration was first established in 1981 by Patricia Anderson of California. The celebration is in place to celebrate and thank all of the telecommunicators who serve their areas.

Morey wants the public to know that, “Our telecommunicators are the real first responders and are trained to give emergency medical instructions by phone.” The staff of telecommunicators are required to complete continuing education courses yearly to keep their emergency medical dispatch certification and license through the state. They do thorough training to have the skills needed to handle any type of police or fire incident. “We are trained to handle everything from a request for welfare check to hostage situations or active shooter situations and then everything in between,” stated Morey.

For the Tazewell telecommunicators, a typical day in the job is anything but typical. It can go from completely calm to crazy busy within a minute. The type of calls they receive are also inconsistent.  Morey discussed that they are used to helping a lost motorist one minute and by the next they could be giving someone CPR instructions. The Tazewell team operates with around 5-8 dispatchers on call at once, depending on the time of the day.

They are celebrating their team of telecommunicators this week with dress up day themes, different meals, and lots of fun activities! The favorite activities every year include: a bingo game where you mark off the types of calls as they come in, a guessing game to get to know the other employees, and a selfie scavenger hunt to get the employees more familiar with the area. Finally, Morey stated “It is truly amazing to watch these telecommunicators in action.  It takes a special person to work in this field and I am lucky enough to employ 25 of them.”

Flegel wants the public to know that, “They work long hours, holidays, and weekends to be there to serve the public as a first responder often without any recognition. If there is a need to call 911 it’s usually on someone’s worst day of their lives and our team will be there for them.” If you were to call 911, one telecommunicator will ask you questions while another sends responsive units. They understand that they have a job to do, and they are well trained to do it.

The McLean County telecommunicator’s day in the job is very similar to a Tazewell County telecommunicator. It also goes from completely calm to crazy busy within a minute. They never know what situation they will be working through when they pick up the phone because of the wide variety of emergencies there could be. As soon as they work through one emergency, the phone rings and they start the process all over again.

They are celebrating their telecommunicators with several gifts from their administrator team, decorating the dispatch floor, giving notes from their partnering agencies, providing treats, and allowing their telecommunicators to bring in their dogs for their shift if they wanted to. Finally, Flegel stated “It is often said that dispatchers are those that are rarely seen but mostly heard, they are the ears until the eyes arrive.” Be sure to thank a telecommunicator this week! Emergency services would not be the same without them.