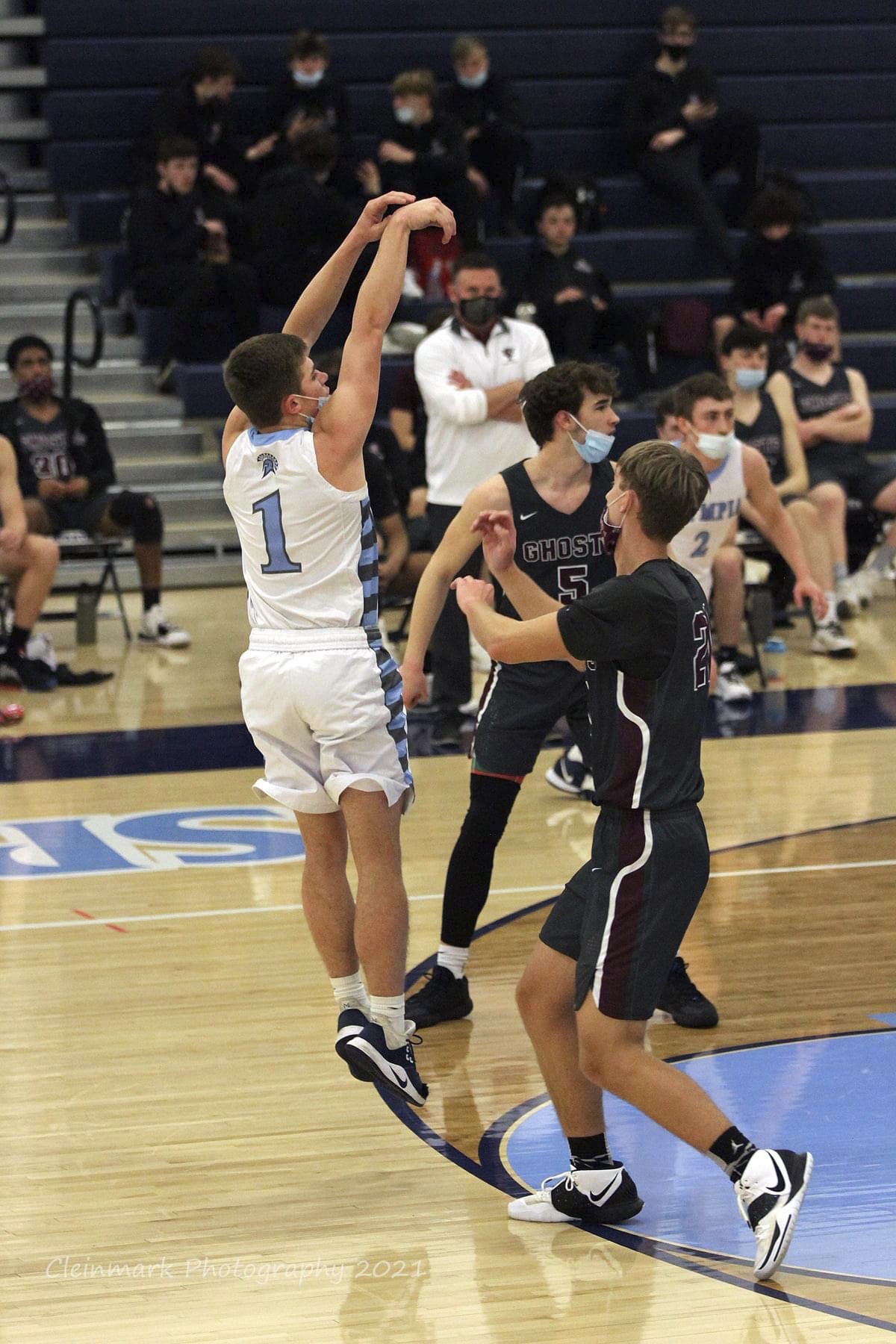 Ethan Davis is a senior at Olympia High School that has been having one impressive year in his sports. Ethan has been a three-sport athlete since his freshman year, playing football, basketball, and baseball. This year, Ethan has had some very impressive performances. In basketball, Ethan broke the single game record for points in a game with 42 points. In football, he broke the single game record for rushing yards with 371 yards. Ethan is not just a one game wonder, he has been a great athlete and leader for Olympia for many years.

Ethan has been the Spartan’s quarterback since the last half of his sophomore season. With new coach Eric Lyons coming in before the start of his sophomore year, Ethan and his talented class had a great opportunity to have a fresh start coming off of Olympia’s multiple winless seasons in prior years. Davis and his class took advantage of this opportunity and improved the program every year, seeing more players, more wins, and better culture. The leadership role taken on by Ethan helped the program have a chance to improve.

Davis’ leadership was present all the way through his last game as an Olympia football player on April 23rd. The Spartans traveled to Pontiac to take on the Indians, where Ethan had a record-breaking day. In just 19 carries, he broke Olympia’s rushing record for a single game with 371 yards. This broke Grant Kessinger’s record of 365 yards only a season before. Coach Lyons gave a good perspective of how the actual performance took place.

“It was a combination of things. Because we’re a triple-option offense we try to take what the defense gives us,” said coach Eric Lyons. “They were running what we call a Bear (five-man) front, and when we see that front that’s the play we call. Our guys upfront did the best job of executing as they have all year, and Ethan did a great job taking advantage of the opportunity that was presented for him.”

Ethan’s incredible sports performances don’t just stop with football. In basketball this year, he broke the school’s record for the most points in a single game with 42 points. Ethan made 21 of 24 free throws and 5 of 8 shots from 3-point range and tripled his previous season high of 14 points. Olympia’s basketball team was coached by newly hired Tom Gerriott this season. Gerriot said, “Davis’ performance was a team thing. Justin Siebert was driving and kicking and finding him. So was Hunter Berges.”

This game was the Spartans first victory of their season after they started off 0-6, and a huge momentum booster for the rest of their season. Ethan said after the game, “I’ll definitely remember this for a long time. My teammates were working really hard to get me the ball when I was getting hot and feeling it.” It was definitely a night to remember for Ethan and his teammates.

Although Davis has had multiple record-breaking performances already in his senior seasons, he is not one to live in the past. Ethan’s baseball baseball season has just recently gotten rolling, and Davis got his first win on the mound on Wednesday against Monticello. Ethan is the Spartans starting shortstop and leadoff hitter and is poised to have a great year. Baseball is the main focus in Ethan’s future, as he plans on attending Lincoln Land Community College to continue his baseball career.

It has been a truly incredible year in sports so far for Ethan Davis. Breaking a record in each of his sports so far this year. One thing that seems to be continually asked in interviews with Ethan is, “So what record will you break in baseball this year?” Davis always just gives it a chuckle and says, “I’m just looking forward to playing one more season with the group of guys I’ve been playing with for so many years.”