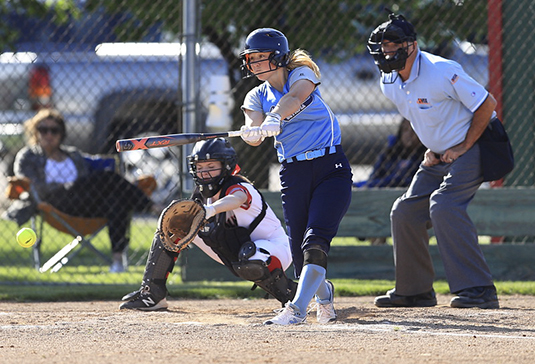 Baseball and softball kicked off the week at home versus the Monticello Sages. Both games were cut short due to weather conditions, but the softball team had played a complete game, winning 4-0 in five innings. However, the baseball team had just tied their game 2-2 in the bottom of the fourth inning when the game was called, so it was not a complete game for them.

On Tuesday, baseball and softball had another chance to defeat the Sages in Monticello, but both were cancelled about two hours before the game due to the field conditions and predicted forecast. Thankfully, both boys and girls track teams were able to compete at Pontiac in the Tuesday night meet. Both the boys and girls team placed second in the meet. The boys 4x400 relay team won their event in a close victory over the Pontiac relay team.

Baseball finally got the chance to play a full game against Monticello on Wednesday night and came out with a 4-2 victory. It was a good outing for the Spartan baseball players, and their first win on the year after facing three solid teams last week. Girls soccer began their tough week of competition at Pekin, losing 7-1.

Thursday continued the busy week of competition for the Olympia baseball and softball teams, where both faced St Thomas Moore away. Baseball won 6-3, and softball won by run rule 18-0. Girls soccer faced Olympia rival, Central Catholic, at home and lost 6-0. Senior Jax Springer stated, “We played as hard as we could and held them 1-0 until halftime, it was the best we have ever played.” Wrestling kicked off their season at Ridgeview, facing both Ridgeview and Gibson City. It was a rough start for the Spartan wrestlers, with everyone losing except for Kade Lollar in one match-up against a Gibson City wrestler. However, they are a young team with four freshmen and one sophomore.

Finally, on Friday softball was away at Lincoln, winning 12-2. The win improved the Spartans’ record to 6-0 on the season. Boys track was away at Monticello, while girls track had a meet at Clifton Central. The girls won by a large margin, 70 points ahead of the team placing second. Sophomore Abby Litwiller won the mile by 15 seconds. The boys didn’t win their meet, but they had good performances from their athletes.