by Taylor Huffington
Published on December 5, 2021 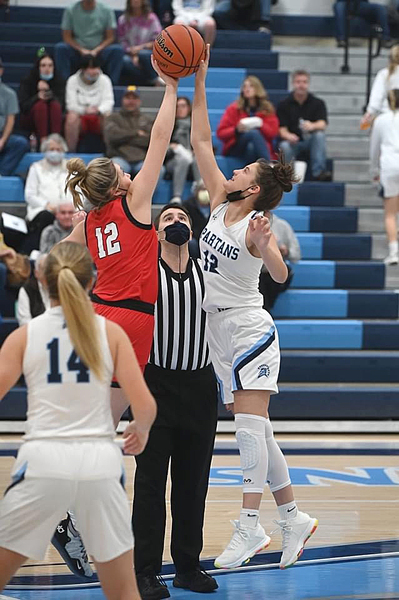 Olympia High School’s winter sports are now in full motion, most having begun their season last week and continuing into this week. Multiple of the teams have had early successes, showing promise for the season to come.

The Boys’ Varsity Basketball team began their season on the 27th and had three games in this past week. They lost their game against East Peoria on Saturday with a score of 53-64. They then had a game on Tuesday and Friday. The Tuesday game was against Clinton where they just barely lost the game 46-47 and the Friday game was against Lincoln where they lost 35-59. These games make their record for the season so far 1-4. They have two games this coming week on Tuesday and Friday, hopefully giving their record a boost.

The Girls’ Varsity Basketball Team had a successful week coming out of it with two wins and a 5-2 record. On Tuesday they gained a win against Deer Creek-Mackinaw and then on Thursday, they played Farmington where they pulled through with the win of 34-33. The Girls’ team has two games this coming week also, one against Heyworth and the other against Tremont.