Don't Think You Know What to Expect 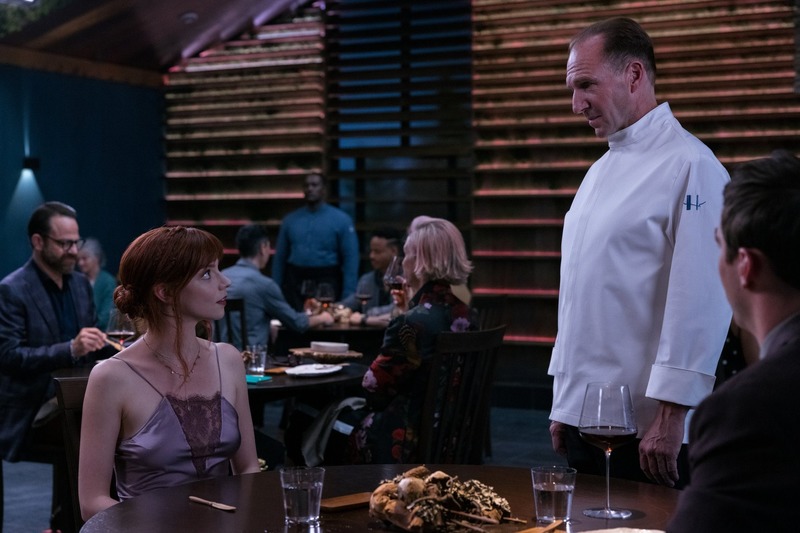 RAVING REVIEW: This isn’t what you think it is, making it a complete experience. A cast that delivers a full course meal in every scene (come on, I had to make at least one food pun.)

This was unlike anything I had expected and yet incredibly familiar, and somehow, these two experiences could exist side by side in the same film. Thankfully I had only seen one trailer, and it was pretty early on, not much more than a teaser trailer. So I could go in with a blank slate, enjoying the experience as it unfolded.

The cast in this film was stellar, I’m an Anya Talyor-Joy fan, so that I may be slightly biased there, but even beyond her, this cast was packed! Ralph Fiennes (pronounced RAYF FYNZ) was consistently stellar, as you would expect. Nicholas Hoult played his role so well that I wanted more and more of it (sadly, there wasn’t enough.) The rest of the cast doesn’t consist of many common household names (outside of John Leguizamo,) but that didn’t stop them from owning the screen during their scenes.

This would likely be the no-brain winner if there were an Oscar for an ensemble cast. Even without that, I would love to see several nominations for the film; the only thing it has going against it is that it comprises several different genres all at once. The Oscars tend to shy away (especially when one of those genres isn’t their favorite.)

While not entirely unpredictable, there were enough twists and turns along the way that kept you guessing what the ultimate fate would be. There were a few things that I took issue with, but none of them were enough to take away from the whole package. Few films are “flawless,” but this had enough oomph behind it, allowing those moments to be overcome.