A Peek Inside a World That Most Won't Recognize 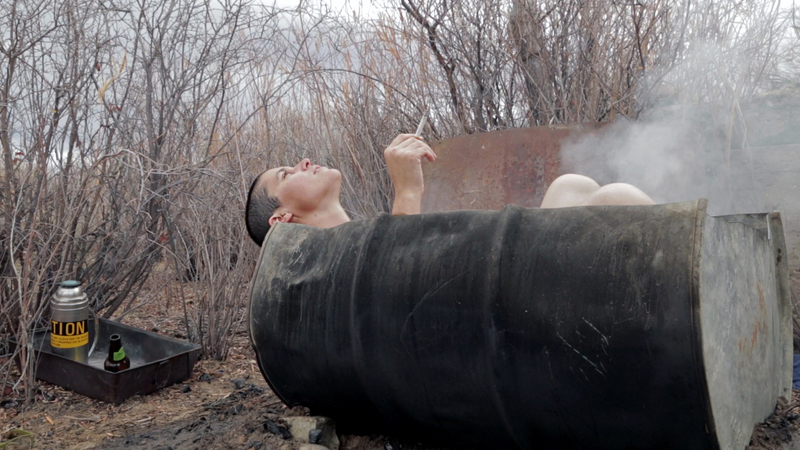 RAVING REVIEW: CISCO KID is a striking directorial debut from Emily Kaye Allen. It presents a compelling story of an independent soul who seeks to find their place in the world. The film is a powerful representation of modern queer cinema that is becoming increasingly prominent in the film industry. This writer can’t wait for the day when that becomes the norm instead of the exception.

The film follows the character, referred to as "Eileen," as they journey to a ghost town in the Utah desert called Cisco with a determination to rebuild and make it a livable space. Through the film, we see Eileen methodically breathing new life into the surroundings and unearthing various memories from a time that has been forgotten. The film is beautifully shot and captures the changing seasons and the vastness of the open desert, adding to the sense of isolation and solitude that Eileen experiences.

CISCO KID is a film that explores themes of self-discovery and defiance against mainstream society. The ghost town is a metaphor for Eileen's journey, as they resurrect a place left behind by the world. Eileen's determination to make a living in this abandoned place, and the struggles and triumphs that come with it, is a profoundly personal and intimate portrayal of someone who has chosen to walk a different path in life. The pacing of the film can be slow at times, but the story is so captivating that it is easy to overlook.

The film's representation of a queer individual as the protagonist is essential to the story. It gives a voice to a group of people who have long been marginalized in society and showcases their experiences in a way that is both relatable and empowering. The film presents a unique perspective on life and the human spirit, and it's a must-see for fans of independent cinema. The film's themes will resonate with anyone who has ever felt like an outsider and struggled to find their place in the world. CISCO KID is a film that will leave a lasting impression and make you think about the meaning of home.